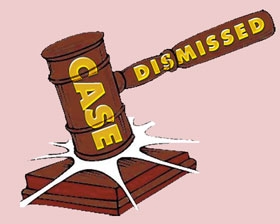 The crux of the cases against the clerks is that they were falsifying time records (“blue book time”) which may or may not have been in order to campaign for the election of the next potential District Clerk.

The case seemed already in trouble, and was then exacerbated by the realization that the District Attorney’s office had an arguably similar program that employees were given time off, “off the record.”

This, of course, led to the filing of  the State’s Disclosure of Evidence Favorable to the Defense by the Assistant District attorney, who then was charged with Tampering with a Governmental record for that filing. That indictment was quickly quashed, and no new charges have surfaced (or are thought to be coming at all).

It appears that “Indictment Fest 2010” is beginning to come to a close.  Just one major political case left, the charges against Judge Suzanne Wooten.  That “bribery” case, and I use that term quite loosely, is set for June 20, 2011.